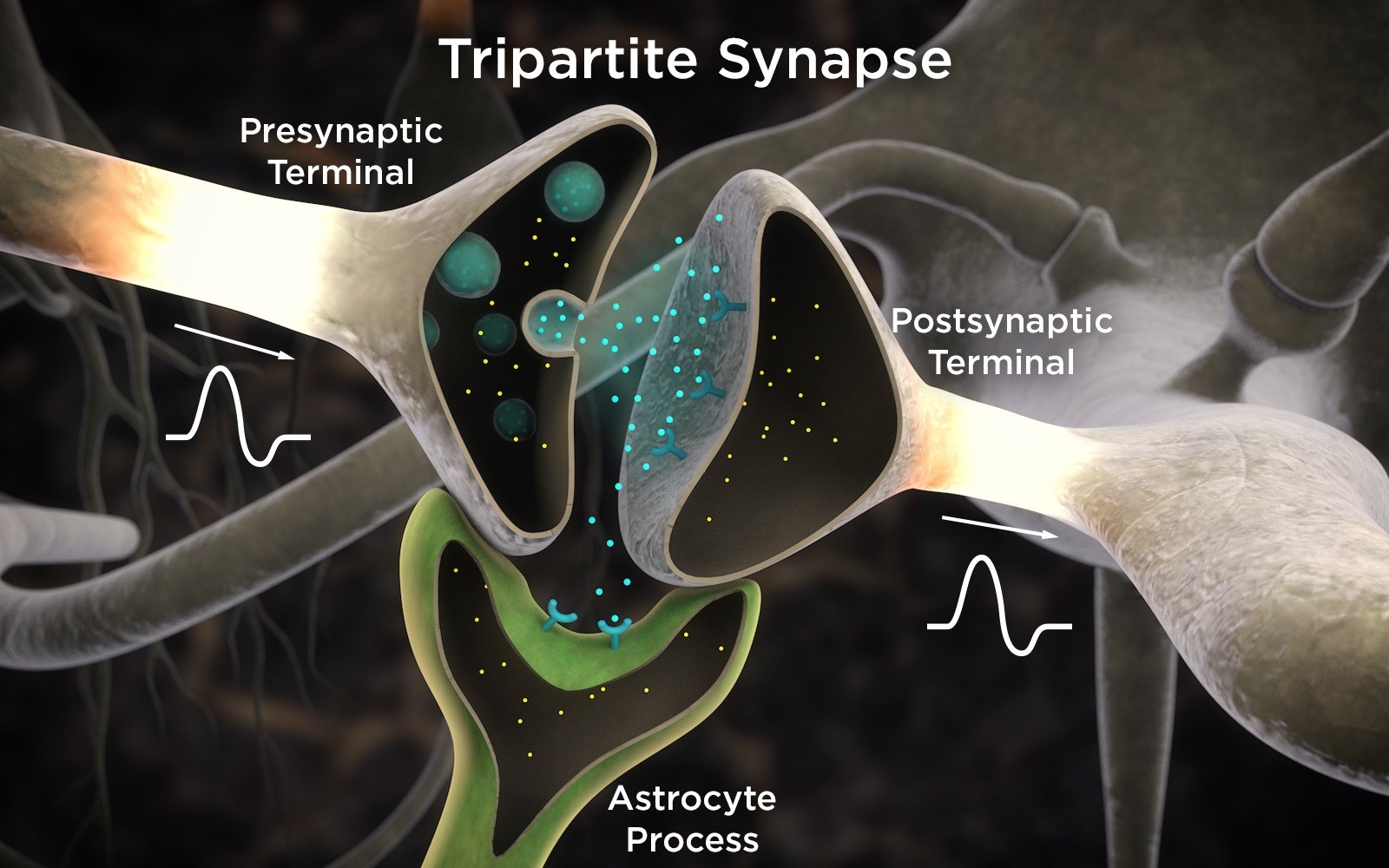 Human brain has roughly 100 billion neurons and about the same number of glia cells, which have been traditionally considered to be playing a support role for neurons. Neurons are connected through synaptic connections which involve the participation of presynaptic and postsynaptic neurons, with electrical transmission moving from pre-to-postsynaptic direction.

The astrocytes, a type of glial cells, make close interactions with the synaptic membranes of both neurons, forming a “tripartite synapse". It is however becoming increasingly clear that astrocytes are more than just “helpers” in this transmission and even play a much more active role in brain physiology than previously considered. But how such astrocyte-neuron membrane assemblies and its interactions affect neuronal circuits to control synaptic strengths and connections by a learning experience and behavior has remained largely elusive.

In a recent paper published in the journal Nature Communications, an interdisciplinary team of researchers discovered that astrocyte-to-neuron communication is essential for synaptic plasticity and thus crucial to map the learning-experience onto synaptic connections.

To test this hypothesis, Ikerbasque Professor Mazahir T. Hasan developed a genetic approach to selectively block vesicular release from astrocytes. Remarkably, a form of synaptic plasticity that was previous considered to be entirely driven by neurons was impaired, when astrocytic release was blocked using this method, providing unequivocal evidence that the gliotransmission is necessary for synaptic plasticity and crucial for vital brain functions such as learning and memory processes.